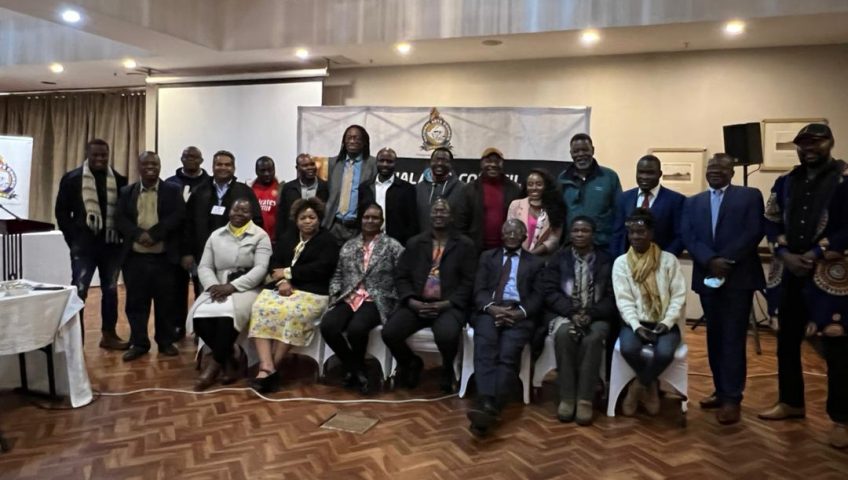 The National Arts Council of Zimbabwe has commenced the process of drafting a strategy for the Zimbabwe Film Sector, which is expected to lead to the revitalisation and expansion of the sector.

NACZ Executive Director Mr Nicholas Moyo says the Film Strategy follows the successful launch of the Zimbabwe Music Strategy on the 1st of June 2022 and is part of the NACZ vision of having different Cultural and Creative Sector (CCS) strategies produced in the mold of the National Cultural and Creative Industries Strategy (NCCIS) launched by the government in 2020.

“The NACZ is leveraging on the expertise obtained by its team comprising staff and CCS practitioners in the crafting of the Music Strategy to develop the Film Strategy as well as the Visual, literary and other sector strategies in the immediate future,” Mr Moyo said.

The Executive Director added that Film and Television had become the second sector to have a strategy developed following the realisation that the production and distribution of film and audio visual works is one of the most dynamic growth sectors in the world with a huge potential for attracting commercial investment and capacity employ a large number of youths and women in high-skilled jobs.

According to the latest UNESCO African Film Industry Report, the film sector accounts for over US$5 billion in revenues and employs over 5 million across the African Continent with a potential to generate $US 20 billion and employ up to 20 million people.

“The Film strategy is meant to respond to the challenges bedeviling the local industry which include the largely informal nature of operations by players, piracy and illegal exploitation of audio-visual content as well as a lack of clear distribution infrastructure,” Mr Moyo said.

The strategy is expected to leverage the increased participation of women behind and in front of the camera, the licensing of new television stations and the new ability to monetise online content on social media platforms YouTube, Netflix and other prospective local mobile video services.

Mr Moyo added that the preliminary stage of the film strategy development began in May with the hosting of a stakeholders roundtable in Harare which attracted over 35 practitioners in the Film and Television sector from the different provinces in the country.

“The roundtable examined the state of the film sector in Zimbabwe, the expectations for the strategy drafting process and submitted nominations for the National Team members who will be tasked with the production of the strategy”, the Executive Director said.

Meanwhile 23 prominent Filmmakers and academics have been selected for the National Team tasked with the actual crafting of the strategy. The team members are: