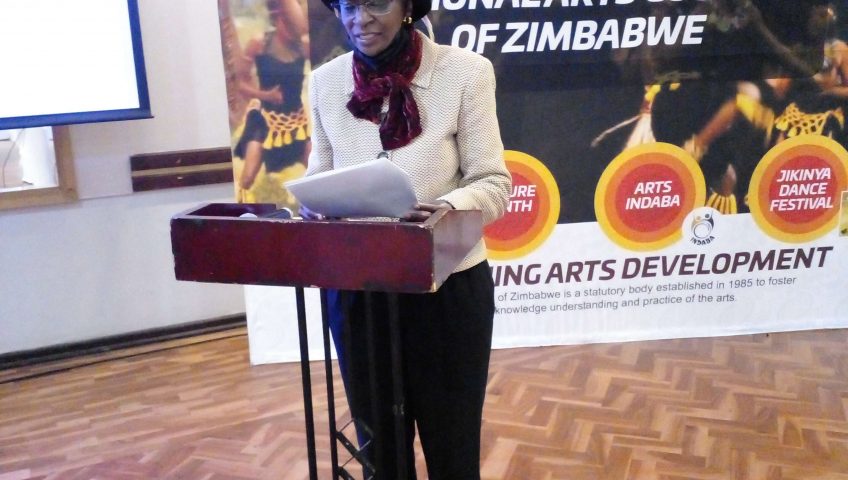 GOVT READY TO SUPPORT THE IMPLEMENTATION OF THE ZIMBABWE FILM STRATEGY

The Permanent Secretary in the Ministry of Youth Sport Arts and Recreation Dr Thokozile Chitepo says the Government is committed to supporting the implementation of the Zimbabwe Film Strategy.

Dr Chitepo told members of the Zimbabwe Film Strategy National Team in Harare recently that the government recognised that film had the potential to contribute meaningfully to the national economy, create employment and be an important tool for marketing the country’s image.

“Film will also be a critical component as a means of achieving the Upper Middle-Income Society that is spelt out in Vision 2030 as well as in implementing the Sustainable Development Goals (SDGs).

Dr Chitepo urged the National Team in time for consideration for the 2023 budget so that some of the issues can be considered for government funding in the next fiscal year.

“If you develop the strategy in time, we will be able to take some of the items that require funding to the treasury for next year which will give the implementation a boost and we can start seeing some of the results in the earliest possible time,” she said.

The permanent secretary said the development of the Film strategy dovetails with the ambitions of the National Development Strategy One, which recognises culture as having the power to transform entire societies, strengthen local communities, foster strong family values and forge a sense of national identity and belonging for people of all ages”.

“Film can capture important national symbols, music, language, national history, consciousness, and cultural artefacts for easy mental recognition and preservation by the people of Zimbabwe and others who watch Zimbabwean-produced films.

In this regard, the Film strategy must guide the implementation of the government’s strategy of increasing investment in film and audio-visual, music, theatre, and visual arts for commercialisation and industry growth.

The film strategy comes against the background of the recently launched African Film Industry Report by UNESCO, which has shown that Southern Africa is still lagging in terms of film output and consumption compared to the other film markets on the continent. The report also shows that the continental film and audio-visual sector remains historically and structurally underfunded, underdeveloped, and undervalued, generating the only US $5 billion in annual revenue out of a potential US $20 billion.

The National Team which comprises creatives in the local film sector was selected by the National Arts Council of Zimbabwe to craft the sector strategy to respond to the challenges affecting the local industry, which include the largely informal nature of operations by players, piracy and illegal exploitation of audio-visual content, as well as a lack of clear distribution infrastructure.

The induction workshop for the national team was designed to equip the team members with the tools for gathering information and operational guidelines in drafting the strategy.

The film strategy follows the successful launch of the Zimbabwe Music strategy last month and is being informed by the situation on the ground in the local film industry, which is currently experiencing increased participation of women behind and in front of the camera, the licensing of new television stations, and the new ability to monetise online content on social media platforms like YouTube, Netflix, and other prospective local mobile video services.