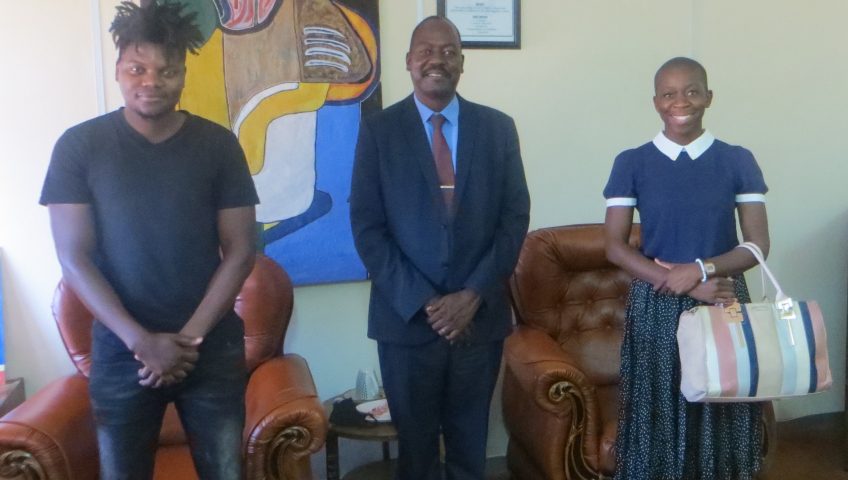 The Director of the National Arts Council of Zimbabwe Mr Nicholas Moyo has challenged young filmmakers to be bold and shake off the old narrative associated with the Film industry in Zimbabwe.

Mr Moyo said this during a meeting with Sydney Taivavashe (Director) and Tariro Washe (Producer) of the Movie Gonarezhou which won the Best First Feature Narrative category at this year’s edition of the Pan African Film Festival (PAFF) held in February in Los Angeles, USA.

“As young filmmakers, you should not listen to the old story that Film does not work in Zimbabwe, instead you need to look at new and innovative ways of telling your stories so that they are appreciated by a wider audience,” the director said.

He congratulated the cast and crew of the Anti-poaching movie and called on filmmakers to take the Zimbabwean Story to the World.

“Zimbabwe has its unique way of life and challenges that the world needs to know about. These have to be packaged in a manner that the world would want to see. Once you create a good product, it will be appreciated, good works push themselves,” said Mr Moyo.

The director also revealed that going forward, the NACZ will soon be developing a National Strategy for the film Sector and called on filmmakers to be part of the exercise.

“The strategy should help to set priorities for the development of the local film industry and as players in the sector you need to come on board so that you can articulate what you want to happen in the sector,” he said.

Washe revealed that with the recent partial re-opening of the creative sector, they were now working on the delayed premiere of the movie in Zimbabwe.

“We are now finalizing the launch dates and venues and we will be able to advise when this will be done. We are looking at having events in Harare, Bulawayo and Masvingo. We would love to take it to other parts of the country, but there is the issue of costs,” she said.

Gonarezhou tracks the life of Zulu, an honourable rural man, for who survival is a constant battle living in a village with a large animal population and boasts of an all-star cast which includes singer Tamy Moyo, President Mnangagwa’s daughter Tariro and veteran actor Eddie Sandifolo among others.