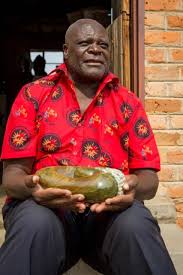 The Director of the National Arts Council of Zimbabwe (NACZ) Mr Nicholas Moyo says the late veteran Sculptor Lazarus Takawira who succumbed to COVID-19 in Harare on Wednesday, was a pioneering Sculptor whose sudden death is a big blow to the local arts industry.

In his message of condolences to the Takawira family, Mr Moyo said the late Lazarus (69) who was buried yesterday was a legend of Shona stone sculpture whose name is recognisable across the globe for his artworks.

“We would like to express its deepest sympathy and sorrow following the death of Lazarus Takawira, one of the country’s multi-award winning and foremost Visual Arts first generation sculptors”, the Director said.

Mr Moyo said Lazarus was a pioneer in the field of sculpture whose work is held in the permanent and overseas collections of the Zimbabwean National Gallery, as well as various public collections around the world, including the Musee du Rodin in Paris, The World Bank in New York, The Africa Museum in Belgium and the Museum of Mumbai, India.

“The death of Lazarus is a big blow to the arts fraternity in Zimbabwe and globally. While he began working in sculpture under his brother John’s guidance in the early 1970s over time his style, subject matter and approach changed considerably as he worked almost exclusively in Spring stone, an exceptionally hard and heavy local stone that gave his work a beautiful finish,” said Mr Moyo.

Takawira was born in 1952 in Nyanga the youngest in a family of four boys. He attended St. Paul’s Secondary School and joined the Police Force after completing his secondary education and received his training at Tomlison depot in Harare in 1970. By the time Lazarus joined the Police force his brothers John and Bernard were already beginning to establish themselves as prominent sculptors both locally and internationally.

During his career with the Police Force, Lazarus did a lot of sculpting in his spare time and his sculptures were exhibited in several exhibitions. In 1980 Lazarus left the force as he felt his work had gained sufficient acclaim to allow him to take up sculpting full time.

“His early work showed a definite influence by his brothers but as time went on his individuality began to come to the fore. He then developed an unmistakable style of his own, which brought him fame at home and abroad,” Mr Moyo said.

He also participated in various local and International Solo and Group exhibitions including the “Spirit of a Woman”, Galerie Emil Julis, Černčice, Czechia (2009), Französische Botschaft, Harare, (1989) and the Standard Chartered Gallery, John Boyne House, (1987). Other exhibitions include the “Embracing the Spirit”, Henley on Thames, London, UK (2010), “Sculptors of Zimbabwe”, National Museum of Kenya, Nairobi, Kenia (2008) and the Minnesota Rocks International Stone Carving Symposium (2006) among others.
May his Soul Rest in Peace.