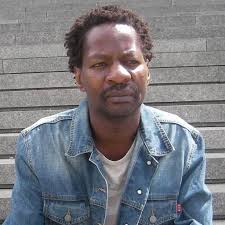 The National Arts Council of Zimbabwe (NACZ) has learnt with deep shock and sadness, the tragic news of the passing on of the Daily News Assistant editor, Maxwell Sibanda (52).

Sibanda’s career in the media sector stretched over decades starting in 1994 where he worked for several magazines until he joined the Daily News at its inception. He previously served as the Newspaper’s Entertainment Editor.

Sibanda was an accomplished writer who published the book D’Zimbabwe – House Made of Stone. He also attended various writing programmes during his stay in Germany between 2006 to January 2007.

He was a dedicated journalist who plied his trade with conviction. He distinguished himself in the Zimbabwean media landscape and he has left a huge gap in the entertainment sector.

NACZ would like to convey its deepest condolences to the Sibanda family, his colleagues at the Daily News, and the entire Media fraternity in Zimbabwe.

May His Soul Rest in Peace