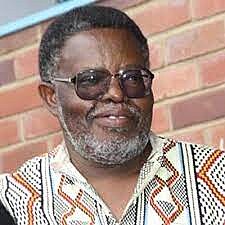 In a statement NACZ Director Mr Nicholas Moyo said Gumede was a prolific actor who featured in several local film and television productions.

“He first got involved in acting through the Zimbabwe Broadcasting Corporation (ZBC) radio dramas where he was part of the cast of “Sakhelene Zinini” written by legendary broadcasters Harry Nleya and Amon Nyamambi.” Moyo said.

Gumede who appeared in several stage plays and films is credited with choreographing the uprising song in the 1987 epic drama film, “Cry Freedom”, directed and produced by Richard Attenborough.

In front of the camera, his major break came when he landed the role of a priest counselling a new couple on how to avoid catching HIV in “Xola” written by Busi Dlodlo. He then appeared in several other local productions including “More Time” in 1993 where he played the role of Baba Ncube.

In 2000, Gumede played the role of Coach in “Yellow Card” directed by John Riber with Leeroy Gopal as the main actor also featuring the late Lazarus Boora “Gringo”.

Mr Moyo said Gumede was also an entertaining Master of Ceremony who entertained guests and livened up events whenever he took charge of the microphone.

“The death of Ndumiso Gumede has robbed the nation of a multi-talented individual who excelled in acting where his natural flair and passion brought a sense of reality to the parts he played on screen. His untimely demise painfully came at a time when he had become a fountain of wisdom for many upcoming artists who looked up to him for advice and inspiration in their careers,” the Director said.

Gumede passed away in Bulawayo from suspected hypertension problems.