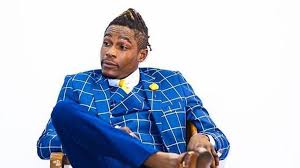 The National Arts Council of Zimbabwe (NACZ) says the death of Soul Musaka (31) aka Soul Jah Love has robbed the nation of one of its talented young musicians.

In a statement, NACZ Director, Nicholas Moyo said “Sauro” pioneered in the production and promotion of ZimdanceHall music from the high-density suburb of Mbare to national prominence.

“NACZ would like to convey its sincerest condolences to the Musaka Family following the sudden and untimely death of Soul Jah Love. May the family find solace in the comfort of the Lord”, Moyo said.

The Director said Jah Love emerged from a crop of youngsters who were hungry for success in the music industry with their mix of Jamaican-influenced reggae beats with Zimbabwean style lyrics which resonated with the experiences of the youth in the country.

“He was a talented musician who took the nation by storm with his innovative lyrics in songs like “Pamamonya Ipapo”, “Ndini Uya Uya”, “Fare Fare Tindike”, “Ndongosimudza Musoro” among a host of other compositions”, he said.

The statement said Soldier Love had left a big void in the Zimbabwe music and dancehall sector and he will be sorely missed by his legions of fans and the entire music fraternity in Zimbabwe.

May his soul rest in eternal peace.