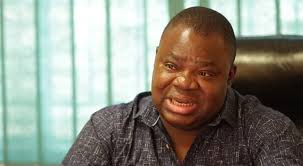 The National Arts Council of Zimbabwe (NACZ) Says it is shocked and saddened by the sudden death of Businessman, Philanthropist and music Promoter Mr Thompson Dondo (48).

NACZ Director Mr Nicholas Moyo says the death of Mr Dondo has robbed the Arts fraternity of an all-weather friend who was always on standby to support artists and Arts projects.

“Mr Dondo was heavily involved in the Arts through his promotions company as well his other companies like Fast Fit Matlock and Impala which sponsored prominent Arts events including the National Arts Merit Awards,” Moyo said.

Mr Dondo was also instrumental in promoting his Son King 98 whose music has spread beyond the country including collaborations with prominent continental artists like Tanzanian Diamond Platinumz.

“On behalf of the Management and staff of the NACZ, stakeholders and the entire Arts fraternity, I would like to send our deepest condolences to the Dondo family following the passing on of one of the country’s foremost promoters of the Cultural and Creative Industries,” the Director said.

Mr Moyo said the late Mr Dondo had left a huge void in the Arts industry which had come to depend on his support.

“Mr Dondo was at the time actively involved in supporting practitioners in the CCI sector who were heavily affected by the COVID-19 restrictions by giving them food hampers and even supporting some to record their music. He has passed on at a time the industry needed someone like him for support,” he said.

Funeral arrangements for the late Dondo are yet to be announced. May his soul Rest In Peace