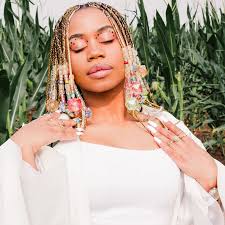 The National Arts Council of Zimbabwe (NACZ) has congratulated Charmaine Mapimbiro (aka Sha-Sha) on winning the Viewer’s Choice: Best New International Act Award at the 20th BET Awards held in Los Angeles at the weekend.

NACZ Director Mr Nicholas Moyo said Sha Sha’s success did not come as a surprise to the council as they were aware of the amount of hard work and dedication that she had put in her artistic works.

“We feel that this award is in recognition of her talent and amazing vocal ability. Any good work will speak for itself; the world has made a determination and we acknowledge the endorsement”, said Mr Moyo

The Director said Sha Sha’s sincerity and passionate desire to excel have borne such fruitful results as she kept her dedication firm and did not budge or give up at any time despite various challenges, she faced in her artistic journey which had ultimately earned her deserved global recognition.

“This award is also an endorsement on the growth and development of the arts sector in Zimbabwe and Africa at large coming so soon after the Zimbabwean Mbira was recently celebrated by global technology firm Google. Such global recognition of Zimbabwe arts and Culture is testimony that the sector has the potential to contribute significantly to the development of the country”, said the Director.

The NACZ said it truly believed that the BET Award was just the beginning of many such successes in Sha Sha’s career and wished her all the very best for her future endeavours.

Mr Moyo also called upon other creatives in various sectors to take encouragement from this success to continue with their creative work despite the various lockdown conditions that have had to be imposed by the government to limit the spread of the COVID19 disease in the country.

Shasha bagged the gong ahead of of Rema (Nigeria), Celeste (UK), Young T & Bugsey (UK), Hatik (France) and Stacy (France). The 27 year old songstress was born Charmaine Mapimbiro in Bulawayo and was raised in Mutare before she relocated to South Africa where music career has blossomed under the tutelage of Dj Maphorisa.