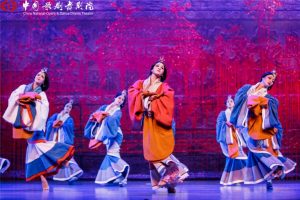 HARARE- Scores of Zimbabwean artists have directly benefitted from the country’s cultural, political and economic ties with China.

The Director of the National Arts Council of Zimbabwe Mr Nicholas Moyo, says the increased cooperation between China and Zimbabwe has created tangible opportunities for Zimbabwean Artists to showcase their work.

“The cordial cultural ties with China have benefitted scores of local artists who have had an opportunity to participate at prestigious events hosted in China. Such events put artists at the forefront of enhanced cooperation between the two countries,” he said.

Mr Moyo said this while addressing local and Chinese residents at 7Arts Theatre in Avondale at festivities celebrating the start of the Chinese Lunar year last week.

He said the Chinese New Year celebrations, were of important significance as they coincided with the 40th anniversary of relations between Zimbabwe and China.

Assistance to the arts and culture sector in Zimbabwe by China is guided by the Executive Programme for the years 2020 to 2023 which aims to keep direct connections between Zimbabwean and Chinese Cultural Institutions.

“China has provided Zimbabwe with practical cooperation involving Megaprojects like the New Parliament building Project which are a vivid reflection of the Chinese government’s commitment to Zimbabwe,” he said.

The ambassador of China to Zimbabwe, Mr Guo Shaochün, said the New year celebrations were particularly important for Zimbabwe as they came soon after the Chinese Minister of Foreign Affairs Mr Wang Yi concluded his visit to Africa with a tour of Zimbabwe.

“The visit is itself important as it shows that China prioritises its relationship with Zimbabwe and is a serious partner for the development of Africa,” said Mr Guo.

The event which ushered in the Chinese Spring festival was graced by the Minister of Information Media and Broadcasting Services Senator Monica Mutsvangwa and comprised a two-hour performance of music, traditional Chinese dances and instrumental performances by the world-renowned Chinese National Opera dance and Drama theatre from Beijing.

Local and Chinese artists under the banner of the Jacaranda Media and Culture Corporation (JCMC) also performed at the event which was supported by the Chinese Ministry of Foreign Affairs, The China Zimbabwe Business Association and various corporates.