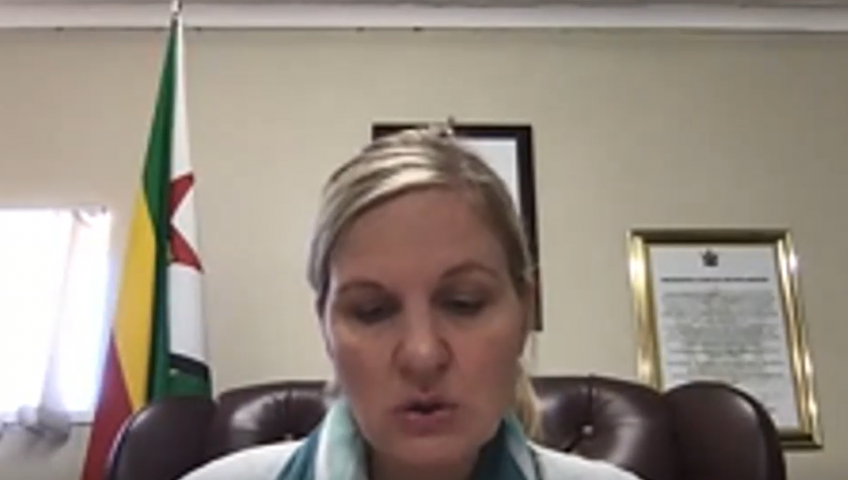 ADDITIONAL BOARD MEMBERS FOR NATIONAL GALLERY OF ZIMBABWE

The Minister of Youth, Sport Arts and Recreation, Hon Kirsty Coventry has appointed Six new members, to the National Gallery of Zimbabwe (NGZ) board in line with the Gallery of Zimbabwe Act of 1985 and the Public Entities Corporate Governance Act of 2019.

The appointment of the six complements the already serving board members who were appointed by President Mnangagwa in 2017. These are Dr Solomon Guramatunhu, Mr Busani Bafana, Mr Job Ronald Torindoh, Mrs Patricia Broderick and Mr David Scott.

Announcing the appointments Dr Kirsty Coventry, challenged the board to come up with an arts strategy deriving from the national creative industries strategy.

“I expect you to come up with a visual arts strategy that derives from the overarching national creative industries strategy. The Government has two critical documents that you need to know as a board, these are the National Arts, Culture and Heritage Policy and the National Culture and Creative Industries Strategy.”

Cabinet recently approved the principles for the Arts and Culture Bill, which seeks to harmonise the laws on administration and structures of the sector.

Minister Coventry said visual arts were critical in the quest to attain an upper-middle-income economy by 2030.

“As you are aware, Government has clearly articulated the need to attain an upper-middle-income economy by the year 2030 and this will be attained through a five-year development plan under the National Development Strategy,” she said.

“Within this framework, the visual arts are a critical vehicle for several areas like the national economy, employment creation, image building, strategic national rebranding and national building.”

To guarantee the development of quality products, the Government is keen to institutionalise quality training which would help reclaim the visual arts market and combat piracy.